An Emergency Shutdown (ESD) System is a safeguarding system that shuts down an entire plant or a site. When combined with an Emergency Depressurisation (EDP) System, it moves the plant inventory to a flare or vent in a controlled fashion.

An ESD system is key in that it prevents escalation of an unsafe condition into an accident:

An ESD system can be actuated using transmitters (for instance, “high pressure trip”), switches, local pushbuttons or pushbuttons located in a Control Room. Several levels of ESD (such as Local ESD, Unit ESD, Plant ESD, Plant EDP) can be distinguished depending on the requirements. 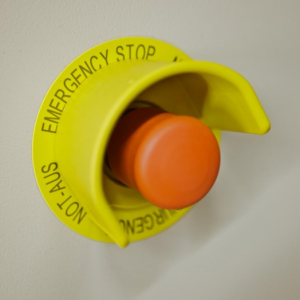 It is clear that an ESD action has a major impact on process stability and is therefore only used as a last resort. When it is needed, however, the reliance on proper system operation is paramount. These systems must therefore be both safe and highly available, i.e. both the Probability of Failure on Demand (PFD) and the Probability of Failure to Safety (PFS) must be as low as reasonably possible.

We want to discuss your requirements for an ESD/EDP system and any design considerations you may have. We calculate PFD and PFS values for alternative hardware designs. We can include automatic testing sequences and record annual valve stroke tests for regulatory purposes. We establish communication with other systems in such a way that integrity of the ESD system is not affected. And of course, we are happy to discuss your Cause & Effect diagram in detail and provide a knowledgeable discussion partner for HAZOPs and similar safety exercises.